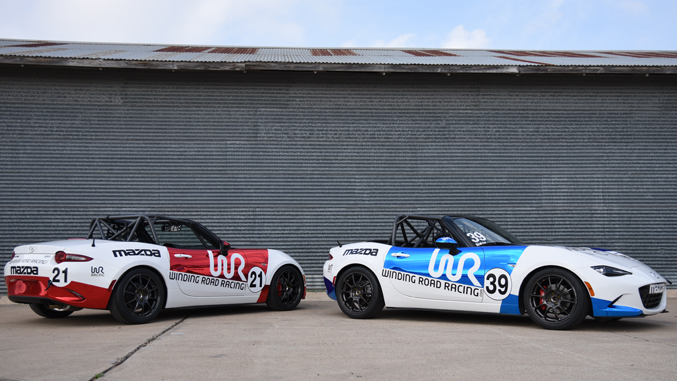 A Fun Button
It’s the end of the racing season, and Christmas time is coming around. I’ve been a pretty good boy, and it’s time to ask Santa Claus for a gift. However, what should I ask for? I write down everything that I could want for the next year. I could ask for a new go-kart, or maybe a new engine.
Suddenly, the perfect gift comes to mind. A "Have Fun Machine." More importantly, a "Fun Button." (I’d like it to be portable, so I can carry it in my pocket, after all. It saves weight that way. ;-) )
How does a "Fun Button" work? Whenever I would get stressed or frustrated at the track, I’d click the "Fun Button." A wave of relaxation would wash over me, and all of the "first-world problems" that can occur would be a distant memory. I’d start driving better, and mentally focusing on only the things I can control. I’d immediately remember to start enjoying myself at the track again.
Having fun at the track is one of the most important elements for a racer to have a successful weekend. It helps the driver relax. When a driver is having fun, they’re focusing on manifesting more positive outcomes for themselves. Even the most challenging situations can be overcome more easily, when the driver is focusing on having fun.
While I wait for Santa to send me my "Fun Button," I can work on improving my mental approach to being more positive at the race track.
Racing is one of those sports where it’s easy to get caught up in all of the trials and drama. We can forget that just being able to race is a gift in itself, and we can mentally spiral out of control by focusing on the negative aspects that sometimes we can’t control. (“I’m not winning races. I don’t have budget. Etc.”)
We can’t control all of the outcomes at the race track, but we can control how we think about them. Try to put a positive spin on challenges that you encounter. Stay persistent, have fun and keep working on improving. The strong finishes will come. It’s just a matter of time. And maybe a "Fun Button!"
Happy Holidays!
– Davin Sturdivant
Web: startinggrid.org
Twitter: @relaxeddriver
Tags:
ross bentley speed secrets