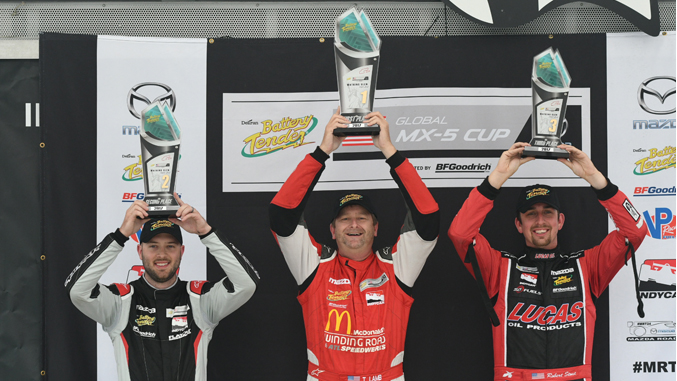 Corner exit speed is critical, right? It’s all about who can begin accelerating out of the turns first – that’s who’s going to win, right? But, wait a minute. Corner entry speed is almost as important. In fact, I'd argue that it's the area in which most drivers can make the biggest improvement in their lap times. If you can increase your corner entry speed, yet not hurt your exit speed, that would be a good thing. So, let's look at how to gain time early in the corners.

There are at least four ways to improve your corner entry speed:

Which is the right approach? I don't know. It depends on the corner, your car, the conditions, and even your driving style.

Most drivers only use the first option, when the other three are often a better approach. Think about it, and try a different method next time on track. Ultimately, your brake release (timing and rate of release) will have the biggest impact on the speed you're able to carry into a turn.

You may find that you’re able to increase your corner entry speed without it hurting your exit speed. In fact, sometimes just a little bit more entry speed actually allows you to begin accelerating even earlier, as it reduces the “change in speed.” But that’s a topic for another day…

The Mother Of All Race Gear Buyer’s Guides