Speed Secrets: “Braking” Down The Data 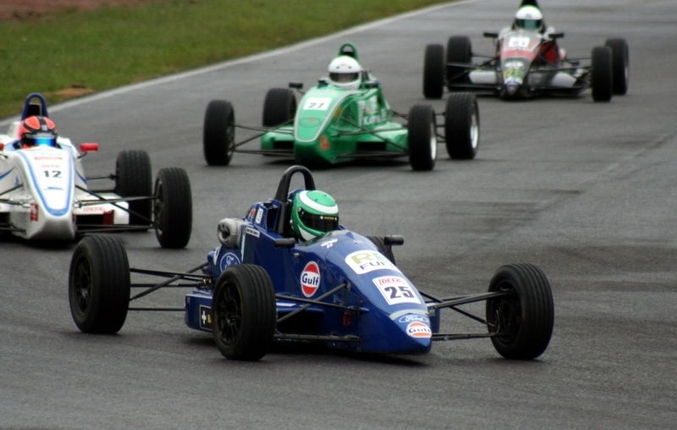 When we analyze data, we do it in a number of ways. One of the most popular is to compare the data from two different drivers (often using a professional driver as a baseline), to see where one person is faster. We also look at how proficient and consistent a driver is in basic skills such as braking, throttle application, and steering inputs. In fact, fellow SSW contributor Peter Krause is often heard telling people that the single biggest differentiator of drivers is the consistent and correct execution of these fundamental skills. Without a solid foundation of the basics, none of the advanced techniques will help.
So what are these skills?
They include what you learn in your driving schools and HDPE events. The basics are:
There are more, but if you nail these basic skills every time, you will be amazed at how quickly you can drive and how effortless it will be.
Let’s look at braking. Most people can gain significant amounts of time just by braking correctly. I think braking is one of the skills most often done incorrectly; it can easily have the most influence on lap times.
If you’ve been driving for a while and are familiar with data analysis, you will have heard that you’re supposed to apply the brakes quickly, then slowly reduce the pressure. Depending on the type and speed of a corner, the tailing-off should coincide with the turn-in and the first phase of the corner.
While it’s easy to say all this, an illustration might help you to understand what I’m talking about. I’ve put together a series of graphs, so you can see what a good brake application looks like, along with those in which the drivers have room for improvement. I hope that these will provide you with a bit of a cheat sheet to check your own graphs and be able to recognize the patterns in your driving, to see where you can improve. All of these graphs are brake pressure-on-a-distance basis, though longitudinal G-force-versus-distance would look very similar and is something that everyone with data acquisition has!
The first graph shows a good brake application and decline. Notice the graph has a steep slope up and then a slow slope down. Cars with lots of downforce (Formula Continental, Sports Racers, etc) will have a steeper graph, while older or non-aero cars will have a less-steep graph. The release of the brakes will also change, based on the speed and trail braking that the corner requires. Corners that allow trail braking will have a longer, slower brake release versus higher speed corners, which will typically have a quicker, steeper release.
The braking in the second graph we see could use improvement, though. It’s what I call the "double hit." It’s a case of braking a little early, realizing you were early, releasing some pressure, then braking again. It shows up with this characteristic double peak shape. The fix is easy to talk about, but harder to practice: brake later! If you see this in isolated instances, it can also be a release of pressure to stop a wheel from locking up. Talk to your driver (or yourself!) to find out why the double hit occurred.
The next graph is "the plateau." In this case, the brakes are depressed to a certain level and held, then released. In fact, most cars have better braking capabilities than you think – you just have to get yourself to brake harder initially, then tail off. By braking in the correct way, you will be able to accelerate a little longer and be just a bit faster.
The fourth graph to look for is "slow application." This shows where the brakes can be applied more quickly than they were actually applied. As I said before, the speed that every car will accept brake input will be different, but a tell-tale sign that it was a "slow application" is the two slopes in the graph.
The final area where many people have room for improvement is in "heel-and-toe" braking. In this graph, there will be many valleys in the release portion. These correlate to a reduction in brake force, as the foot rolls over to blip the throttle for a downshift. If you have a throttle position sensor, you will see the dips in the brake pressure line up with the increase in throttle position. The fix for this mistake is easy – more heel-and-toe practice.
I hope these graphs of common mistakes will help you analyze your own driving to see where you can improve your braking performance. Now instead of just looking at data that shows your driving can be improved, you’ll be able to identify your weaknesses, work on them, and turn them into strengths.
– Matt Romanowski
Twitter: @trailbrakematt
Website: www.trailbrake.net
Exerpted from Ross Bentley’s Speed Secrets Weekly. For more tips and additional articles on the art and science of racing, click here to subscribe.
Also be sure to check out Ross Bentley’s book, Ultimate Speed Secrets: The Complete Guide to High-Performance and Race Driving.
+ Speed Secrets: Sponsorship Secrets
Tags:
ross bentley speed secrets