Speed Secrets: Are You Cornering Too Slow? 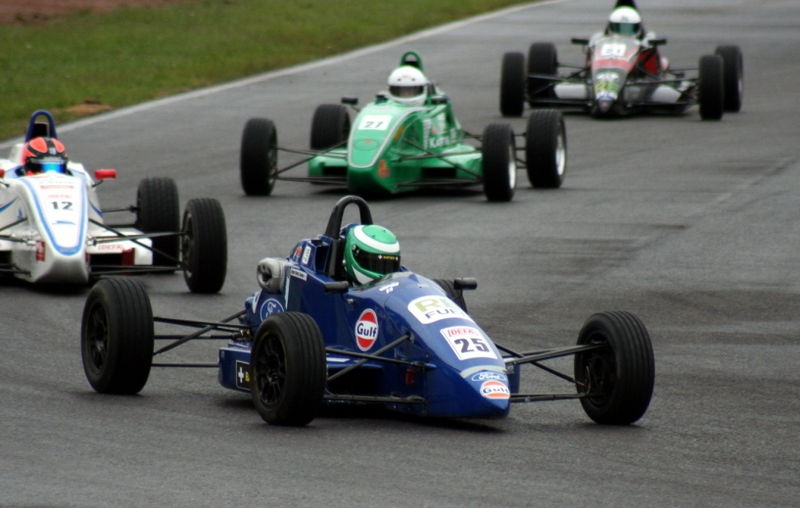 If the car feels like it's on rails, you are probably driving too slow.

The first race I ever drove in the rain was in a Formula Ford at Westwood Motorsport Park… and I got my butt royally kicked. That was probably the best thing that could have happened, because I decided then and there to never let it happen again. Especially in the rain.

Growing up and racing in the Pacific Northwest, I knew that wasn't going to be the last time I had to race in the rain. So every time it even hinted at rain (which was often – hey, it was Vancouver), I packed up my Formula Ford and headed to the track to practice.

My big Aha! moment was when I overcooked it into Turn 1, entering a good 5 mph too fast for the grip level. The second I turned in, the car began to slide. And that was the best lesson I ever learned. Once the car was sliding, I knew exactly what to do to control it. On the previous laps, though, I didn't. I would enter the turn at just less the speed it took for the car to slide – it was on rails – and then I'd spend the rest of the corner waiting for it to do something. And when it did something, it took me by surprise. For sure, I was reactionary.

What I learned was that if I entered each turn just slightly faster than the grip level dictated (even just half a mph too fast), I was ready for what the car was going to do. In fact, I made the car do what I wanted it to do. I was proactive.

And here's the cool thing: driving a car that's on rails is nowhere near as much fun as making the car slide from the very instant you enter a turn.

Of course, this approach applies to driving on a dry track just as much as it does a wet one. Wahoo!

+ Speed Secrets: Why All That Weaving Around On The Way To The Grid