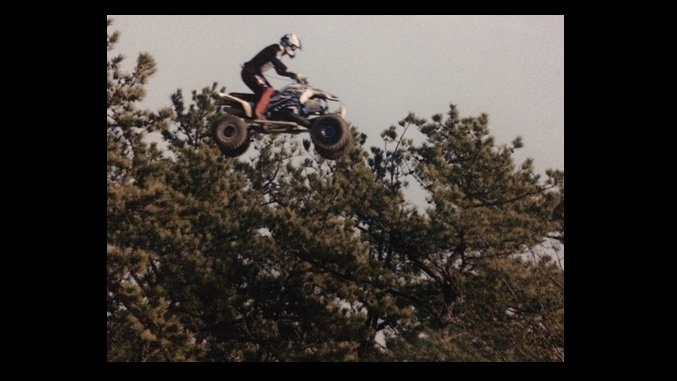 A seasoned time trials and driver with a cool, mixed background of motorsports takes to the Spec MX-5 Sim Racing Challenge to see what’s up. We wish Chris the best of luck for the rest of the season!

My name is Chris Henn and I’m from Coram, New York.

I’m in the auto repair business.

I’ve wanted to get into road racing for a few years now, and the Spec MX-5 SimRacing Challenge is a great opportunity to get some seat time in a real race car, as well as for me to make the next step into racing wheel to wheel.

I’ve always had a passion for motorsports. I started racing ATV motocross when I was 14. My first AMA sanctioned event was in 1992. By 1995, I moved up to pro level and finished 2nd in points. The next year I won my first overall season championship. I started going to national events, but finding the time and money to travel to these events was tough. I raced motocross for a good decade until multiple injuries put my racing to a halt and it was time to try something different. I raced oval for a couple of years and did pretty well but it didn’t give me the thrill I was looking for, so I gave sports cars a try.

In 2009 I entered my first time trial event at Lime Rock Park and was instantly hooked. Since then, I’ve become a time trial instructor for EMRA (Eastern Motor Racing Association). I have two time trial championships with two different cars. I would love to race wheel to wheel again one day, I just haven’t had the opportunity just yet.

Are you a ‘gamer’ or do you mostly only sim-race?
When I was younger I played video games quite a bit. Now I just sim-race.

I do consider sim-racing a game mainly because it’s fun and challenging, but sim-racing is also a great tool to learn.

I’ve been sim-racing for around eight years or so.

I’m in the seat 3-4 times a week. I don’t race as much as I used to, but I do still test and practice regularly.

For now, it’s just the Spec MX-5 SimRacing Challenge. I have run in many leagues before though.

My favorite car is definitely the MX-5. Whether it’s the NC or ND, I like them both.

I don’t put as much time into sim-racing as I would like. I just don’t have the time anymore.

I think my chances of winning are good. I just have to be more consistent with good finishes.

Although I haven’t had much time lately to drive in real life track events, I am looking forward to the rest of the season in the Spec MX-5 SimRacing Challenge. I’m also looking forward to attending the Northeast Grand Prix IMSA event at Lime Rock Park in July, and the IMSA Weathertech Laguna Seca event in September.