Features I By Christopher Smith I October 19, 2010 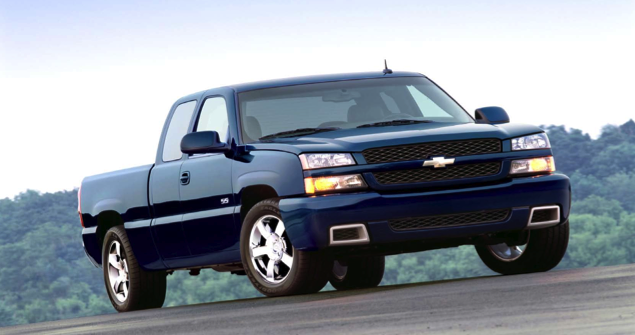 After last month’s voyage into the realm of “cheap” supercars, offering up a selection of truly affordable performance machines with accommodating backsides seemed the perfect antithesis. Not all motoring enjoyment takes place at speed, and though we’re currently roasting away in the dog days of summer, autumn tailgating adventures will soon bewitch the football faithful around the country. You know the season well—crowded parking lots packed with people dressed in sweaters and sweatshirts, the air a delicious mix of brats, burgers, beer, and burning leaves. Traditional vehicles for such venues are ones with plenty of room out back, so weekend warriors can cook, feast, and down enough adult beverages to officially be labeled a distillery.

There’s just one problem—if you’re anything like us, you aren’t a traditional tailgater. Any superfan can have a pickup truck or minivan with enough space in back for the char-be-que and a cooler, and that might be fine for most people. Having a dedicated performance car and a good tailgater is certainly an option, but in today’s world of financial meltdown, having your cheeseburger and eating it too makes total sense. And that’s why we took our short list of candidates to the auctions on eBay Motors, scanning for fun, nearly-new tailgaters costing $20,000 or less.

Our two front-running candidates, the Dodge Ram SRT-10 and Ford SVT F-150 Lightning, were disqualified on the grounds of both age and price, so we expanded our efforts to include less traditional possibilities. The results are in: four tailgaters covering three distinct automotive genres and sharing three very important features—they’re larger than compact hatchbacks, they’re fun to drive, and they have some kind of gate on the back.

2006 Chevrolet Silverado SS
Chevrolet unveiled one of the original muscle trucks—the C-1500 454 SS—back in the early 1990s. SS version 2.0 appeared in 2003 with some of the hottest pickup truck styling we’ve ever seen, backed by decent horsepower, all-wheel drive, and a full complement of luxury items. Initial sales were strong, but with a $40,000-plus sticker price and straight-line performance well behind its rivals, sales dropped. Chevrolet responded by removing some of the pomp and circumstance, which by 2006 included dropping the all-wheel drive for a more conventional rear-drive configuration, and that’s the version we prefer; leaner, not so much meaner, but still just as good looking.

The Silverado SS packs a 345-horsepower, 6.0-liter V-8 that can propel this 2.5-ton beast through the quarter-mile lights in the high 14-second range. The four-speed automatic doesn’t win any accolades in a world of five and six-speed boxes, but it’s geared well for the Silverado’s meaty powerband, and it delivers that power with taut shifts. Disc brakes up front work with drums on the rear to haul down the Silverado, and in that role they are adequate, though by no means are they track-ready. The SS utilizes a tuned suspension with 275/55-20-series rubber to manhandle 5000 pounds of pickup, and though it’s no Lotus Elise by any stretch of the imagination, it nevertheless makes for a surprisingly entertaining back roads machine when not on work duty.

We like the Silverado not for its performance accolades, but how it combines performance with practicality and capability to create an outstanding all-in-one machine. This generation of Silverado features one of the most comfortable extended cab arrangements in the business, offering true accommodations for five adults without upgrading to a crew cab. It can haul 1400 pounds in the bed, tow 8100 pounds on a trailer, pull .8g on a skidpad, and it most definitely won’t look out of place in a stadium parking lot with a column of hickory smoke rising from the bed.

2007 Subaru Forester 2.5XT
We suspect that Subaru never actually expected its Forester sport-utility vehicle to develop such a sleeper reputation. When engineers opted to install a detuned version of the WRX STI’s 2.5-liter, turbocharged boxer four-banger, surely they were thinking more in terms of better towing capability, or improved performance during heavy hauling. Instead, most people associate the 2.5XT with a very different kind of hauling, and by that we’re speaking of trips that last a touch over 14 seconds and cover a quarter mile, making this the quickest ride on the list.

There is a catch to that performance, however. The Forester 2.5XT is quickest when equipped with a five-speed manual transmission, and like all Subarus, the Forester utilizes a full-time all-wheel drive system for traction. You probably see where this is headed; it usually ends with a tow truck and scattered drive line bits, all resulting from an overzealous driver attempting to hustle 3400 pounds of Forester to an instant 60 miles per hour. In real world applications where people aren’t so flagrantly abusive, the XT is more like a high 14-second machine, but that’s a bit like saying chocolate cheesecake isn’t as delicious as a hot fudge sundae. It may not always be an insanely accelerating sport-ute, but it’s still delicious to wring out, and it’s not exactly slow.

The downside is that the XT looks like a generic gray suit. It’s not unattractive, but its styling does tend towards the boring side of boring. Inside is a different story, as the Forester offers a comfortable ride for five adults, nearly 60 cubic-feet of tailgating space with the rear seat folded, and with a slightly increased ride height over other Foresters, the XT is decent when the pavement turns to gravel. Factor in the unexpected forward thrust, all-wheel drive security, and respectable handling, and the Forester becomes a sneaky sleeper that can also function as a decent tailgater.

2007 Dodge Magnum R/T
Once upon a time, people pointed and laughed at station wagons. Point and laugh at the Magnum R/T, and it will round-house-kick you into the neighbor’s driveway, wink churlishly at your wife, straighten out its moustache, and then lay rubber strips in the shape of an L on your unconscious forehead. It has attitude, it has machismo, and yes, it’s packing a Hemi. The SRT-8 is even more of a terror, but sticking with a rear-wheel-drive R/T will deliver quality examples without a slathering of abuse and/or miles.

That means all 345 ponies from the 5.7-liter Hemi V-8 can be harnessed for truly epic burnouts, or with judicious throttle control, hurl the Magnum R/T with five passengers and a month’s worth of groceries to 60 in roughly six seconds flat. Nor is the Magnum out of place as a tailgater—crack open the rear lift gate (which extends into the roof line for easier rear access), fold down the rear seats, and embrace 72 cubic-feet of tailgating goodness.

Drawbacks to the Magnum are minimal but noteworthy. Being primarily a modern day muscle car, the Magnum R/T is generally a straight-line-only thoroughbred, though the optional R/T Performance Group package offers enough suspension tweaks (as well as 10 additional horsepower) to make it less of a pig in the twisties. The interior design is attractive enough, but not quite as pleasing or impressive as it should be for this price point. And lest we forget, the price for big V-8 power is bigger V-8 thirst, and with combined mileage figures struggling to pass 20 miles per gallon at best, the Magnum could eat up your barbeque budget in fuel long before the first football game of the season.

2007 Toyota Tacoma X-Runner
Traditional truck enthusiasts never really took to the X-Runner, and to be honest, we can understand why. The hopped-up pickup segment is a tiny niche whose penchant for performance is overwhelmingly rooted in hairy-chested horsepower and straight-line punch. That’s partly why the aforementioned Silverado SS wasn’t much of a sales success, and it’s also why the X-Runner seldom makes appearances at the local drag strip. In fact, the X-Runner’s 4.0-liter V-6 dishes up a mere 236 horsepower, which translates to quarter-mile times in the low 15-second range. That’s not necessarily slow, but there’s a great big list of vehicles with better straight line stats, and many of them aren’t even earmarked as specialty performance models.

Here’s the thing. This magazine is called Winding Road, and in the admittedly tiny world of performance pickup trucks, we struggle to find one that’s more at home in just such an environment. Toyota claims the X-Runner can pull .9g on a skidpad, thanks to a host of chassis and suspension upgrades which include stiffer bracing (hence the X in X-Runner), a lowered stance, fat anti-roll bars, Bilstein shocks, and sticky 255/45-series rubber on eighteen-inch wheels. This may be a pickup truck, but its handling prowess defies the automotive laws of physics. Body roll is minimal, cornering confidence is high, grip borders on eternal, and when it does break loose, it doesn’t try to kill you.

Like the 2006 Silverado SS, the X-Runner is only available as a rear-wheel-drive truck, and only available in Access Cab—AKA extended cab—format. Unlike the Silverado, the X-Runner utilizes a rather slick-shifting six-speed manual transmission to make the most of the available horsepower. That power is sent to a limited-slip differential and kept in check by four-wheel anti-lock disc brakes. And since the X-Runner is part of the mid-size pickup family, curb weight is just 3800 pounds, or about the same as a new Camaro.

The interior layout is easily the best on this list, and with the well-bolstered seats surrounding the six-speed stalk, it’s easy to forget you’re sitting in a pickup truck. The extra space in the cab does feature a seat, though don’t expect anyone to voluntarily sit there—think of the X-Runner more as a two-seater with ample room behind the seats for your set of autocross wheels. Or, you could always carry your race rubber, a deluxe gas grill, coolers, or any other combination that adds up to 1000 pounds in the X-Runner’s six-foot bed. If more capability is required, the X-Runner is rated to tow a 3500-pound trailer. Not bad for a vehicle that can dog a Nissan 350Z at the track.

There is a downside to a pickup truck that can dance, however, and that materializes in ride quality that’s not so much with the quality. Harsh is a polite way to describe it, though our behinds would likely have other choice words to say. If your daily commute isn’t a minefield of potholes, then the X-Runner is livable. Anything else and your fillings will eventually fall out, followed by your teeth. Still, we marvel at the X-Runner’s untruck-like manners, and hey, false teeth aren’t so bad. Not all motoring enjoyment needs to take place at speed, but if you got it, why not flaunt it?