Features I By Christopher Smith I November 16, 2009 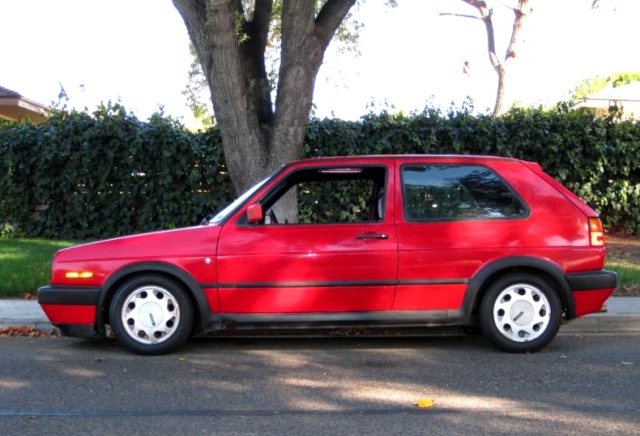 Browse through the pages of just about any history book on performance vehicles, and the term “hot hatch” will inevitably show up, usually in close proximity to the letters GTI. The formula is a familiar one—take a rather unassuming, practical car, add performance goodness, and simmer until frothy and delicious. Volkswagen followed this recipe back in 1976 with the Rabbit, turning the small, three-door hatchback into a pocket-rocket GTI. It wasn’t a terribly fast car, but it made all the right noises while offering ballet-dancer balance and super-glue grip. The term “hot hatch” was born, though six years would pass before that first-generation, Mark I GTI (renamed Golf for the domestic market) would hit U.S. shores. It was replaced just two years later by its slightly larger, slightly more powerful successor, the Golf GTI Mark II.

Produced from 1985 through 1992 and available in either 8-valve or 16-valve flavor, the Mark II GTI took everything from the Mark I car and made it better. Anyone who’s ever rowed through a close-ratio GTI gearbox or three-wheeled around a tight autocross course will attest to just how much fun these cars are to drive. Having comfortable accommodations with supportive seats, tastefully-aggressive exterior cues, and the trademark Volkswagen three-note warning chime only adds to the driving experience. Straight-line performance figures for the GTI aren’t terribly impressive—generally hovering around 8.5 seconds for 0-60 runs—but the Mark II is a classic example of how a car can still be a fun, bona-fide performance vehicle without necessarily being fast. It has just enough punch to keep the fun moving, and once it’s wound up, there are few cars that can dance better.

Many Volkswagen enthusiasts look to the Mark II GTI as the last “true” GTI. The introduction of the Mark III cars in 1993 brought more cushion, more luxury, and as a consequence, more weight. Of course, the newer cars also gained significantly more horsepower, but whereas the original GTI showed how cars could be fun without being fast, the latter examples showed why fast doesn’t automatically equal fun.

Or, are we smoking something illegal in most states? Is there a better GTI in the VeeDub lineup outside the Mark II family?