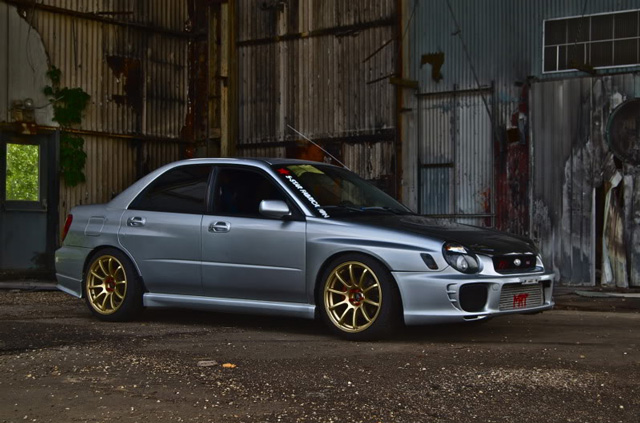 Turbocharged power funneled through an all-wheel drive platform is often a recipe for a reliability nightmare, but in keeping with its rugged rally-bred existence, the 2002-03 WRX is quite the stout performance machine that takes spirited driving in stride. In fact, the issues most prevalent to would-be WRX owners are actually previous WRX owners, or more accurately, previous owner abuse. General used car shopping guidelines are definitely in effect here, but given the WRX’s youthful and often exuberant audience, extra attention to detail could save you from purchasing someone else’s thrashed-out ragdoll.

Tracing the history of the car should be a top priority, all the way back to the original owner if possible. 5000 rpm clutch drops are a favored pastime of abuse-happy enthusiasts seeking maximum acceleration runs, and with the Subie’s all-wheel drive grip, the strain from such aggressive launches is sent right to the tranny. Be wary of anything in the driveline such as vibrations, rattles, excessive noise, extreme notchiness in the shifter, or difficult clutch operation, as you don’t want to get involved with serious driveline repairs. On the flip side, a modified WRX shouldn’t automatically throw a red flag. This car enjoys one of the most comprehensive automotive aftermarkets in the motoring world, so much so that even the most fastidious WRX owner will likely have some sort of bolt-on goodie gracing the beast within. This could be the one car even seasoned shadetree mechanics elect to seek a professional opinion on, as a detailed, experienced eye could mean the difference between supercar-like performance, or a supercar-like repair bill.

The only real factory issue to note is a leaking fuel rail that occasionally rears itself on the 2002 cars, and it’s prevalent enough that Subaru issued a service bulletin outlining the problem and how to fix it. The leak generally surfaces in cold weather, with drivers getting a strong fuel smell in the cabin thanks to raw fuel sitting on top of the block. Since an official recall was never issued, owners are expected to foot the $500 repair bill, though some persistent WRX drivers have convinced the manufacturer to step up and pay the piper.

Finding the right WRX shouldn’t be terribly difficult, though they’re not quite as common as one would expect. Owner satisfaction gets the credit for that shortage, as WRX owners generally want to stay WRX owners. Such loyalty also contributes to the impressive resale figures the 2002-03 cars still demand. Figure on squirreling away $10,000 for an average bug-eyed WRX sedan or wagon with less than 100,000 miles, such as the 2002 eBay find pictured above. Modifications generally don’t make a difference on these cars, though the more radical cars may command a few extra bucks, such as this slick looking WRX also parked on eBay and also pictured above. Be wary of the low-dollar bargain Subies, for while they could be a tempting purchase, odds are they’re on the brink of a major meltdown. Once again, a detailed inspection is vital, whether it’s a high-mile road warrior or a low-mile garage queen.

As one might expect of a car popularized through the internet, WRX enthusiasts could well be the largest, most active auto community in the world.