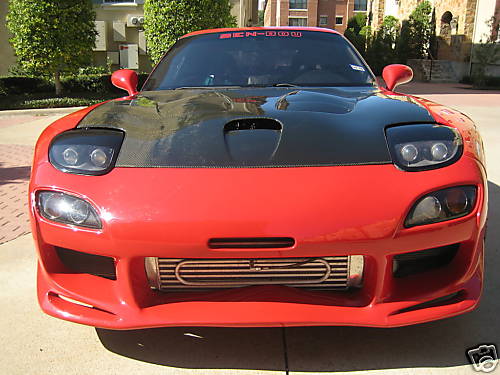 There’s a good deal of trepidation among first-time Mazda RX-7 shoppers, especially when it comes to the twin-turbo FD-series. The unique rotary engine comes with its own set of issues that generally stem from abuse or poor maintenance, so the key to getting the most from an FD-series RX-7 is knowing how to properly take care of it. Excessive heat is a quick killer for these cars, and the stock temperature gauge doesn’t do a great job of relaying vital information in time to prevent disaster. The under hood hoses are prone to drying out and cracking, so inspect them carefully and if there’s any sign of damage, be wary of potential engine problems as a result from overheating. Most RX-7 owners replace the stock hoses with high-temp silicone hoses that can better withstand the heat, so consider their replacement a good thing. Aftermarket temperature gauges are also common, and though these cars never came with a factory boost gauge, they’re a common addition as well.

Oil consumption is another term frequently tossed around with the RX-7, but this engine was actually designed to burn oil. Consumption rates of 1 to1.5 quarts per 3000 miles aren’t just considered normal, but vital to engine longevity. Anything beyond that can indicate an engine that’s starting to get a bit tired; way beyond and you may as well buy a big paperweight. Puffs of white smoke at startup are also considered normal and attributable to condensation in the engine, but visible smoke once the engine is warm—be it white, black, or brown—can be a strong indication of internal seal damage, which means a costly rebuild might be just around the corner, and that raises another concern. Given the uniqueness of the engine, finding qualified mechanics to handle the work can be a struggle. Horror stories abound regarding costly rebuilds that went awry, so if you’re not mechanically-inclined, make sure there’s a well-informed rotary doctor on standby, just in case.

The rest of the car is still a Mazda. Weak transmission synchros are somewhat common, and fit/finish concerns occasionally crop up, though most will likely have been addressed over the course of time. RX7club.com (which we’ll visit closer in our next Keepers segment) offers one of the best comprehensive guides for potential RX-7 owners, available at this link.

Finding a stock 1993-1995 RX-7 is difficult but not impossible. Prices range from around $10,000 for a halfway decent, well-used stock ride, to full-on tuner cars reaching beyond 40 large. $14,500 will currently grab you this sharp, low-mile 93 at eBay, and for the power hungry you can’t go wrong with this 400 horsepower monster , also in the eBay ranks. In fact, all the pictures in the gallery above are eBay finds, so check them out at the links below.

NextAutos.com will introduce the RX-7 community for the next Keepers segment, and if there’s an RX-7 in your near future, you’ll definitely want to keep these folks on speed dial.