How Not To Work On Your Car: Too Far From Your Tools 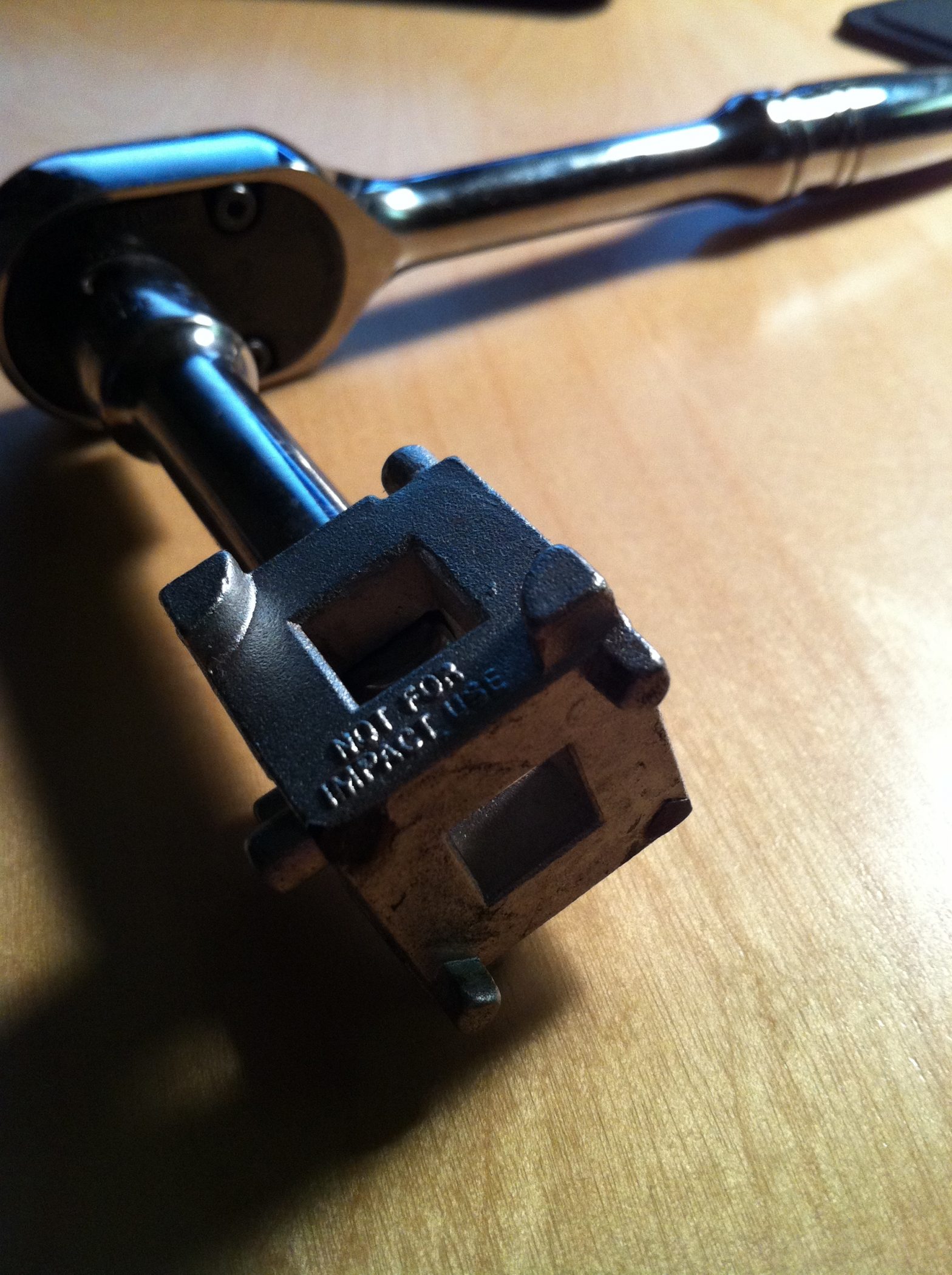 It never fails to amaze me how much time one can spend just moving around while working on a car, whether it’s from one side to the other or in and out of the garage. I hear that some people actually have room for a car inside the garage—I am not one of those.

Thus, my second recommendation is to not work on your car in the middle of nowhere. Or perhaps, more clearly, bring the project to the tools rather than the tools to the project.

It was the final exam week of my Freshman year of college, and my fellow Formula SAE mates and I were enjoying the thrash that is getting a homemade racecar ready for a competition that, conveniently, runs concurrently with our exams. As if exam week weren’t enough, we were loading a Penske rental truck with everything we could conceivably need, making the car look nice, making sure the car would run, moving out of the dorms, et al.

I was to be one of the team’s drivers for the seven-hour journey to Detroit. With the impeccable timing that tends to accompany situations like this, my Mustang’s rear brakes wore down to the backing plates exactly one day prior to my departure date. I figured that this was a less than ideal condition with which to start the trip, so I went and picked up a set of pads. I would’ve liked to make the swap in the lot by the FSAE garage. Unfortunately, my combination of being a really slow brake-changer (I’ve gotten much better) and my established reputation with the school’s omnipresent parking infraction golf cart task force led me to seek a more out-of-the-way site.

I ended up choosing the top of a nearby parking garage, just a several minute walk from the FSAE lab. I got to work; reaching to the part of the operation where the wheel was off when I realized that I needed another size wrench. I made another two or three trips back to the shop before I got the caliper off. I was feeling pretty smug since I had remembered to grab a c-clamp until, for some reason, the piston absolutely would not press back into the caliper. Now I was really hosed because I couldn’t even drive the car to a real mechanic. Another ten minute run to and from the FSAE office allowed me to read online that the piston screws in which allows the parking brake to be integrated into the same caliper as the normal brake.

(Side note: Overall, I really like the all-in-one rear caliper design. There’s only one set of pads to worry about and the parking brake actually does something—holds the car on a hill—unlike every other car I’ve worked on. However, compressing the piston is a bear with a capital "grizzly." And for me it is still a task filled with cursing, skinned knuckles, and bruised egos.)

So now I needed a special tool that hooked into two tiny indentations on the piston so that I could twist and compress it at the same time. More internet research revealed Autozone as a source for the tool, but the fact remained that I still didn’t have a driveable vehicle.

Fortunately for me, and unfortunately for him, a teammate had his car illegally parked at the FSAE lab. This car happened to be a yellow 993 911 Carrera 4S sitting on matching yellow wheels. Thanks. After some pleading he let me borrow it so I could end this mess. In a way, I felt as though I was doing him a favor because what I had in parking tickets, he had in tow notices.

Before too much longer, I had successfully picked up my “special tool”—otherwise known as a steel cube with a bunch of different protrusions and a three-eighths-inch square drive in the middle.

Back at the garage parking structure, I quickly discovered a limitation of a cube: six different tooth patterns does not a universal brake tool make. It looked like one of them would work if I removed a few pegs, so it was back down to the shop to use the bench grinder. After much wrestling, I got the brake job finished. Try holding the caliper in one hand while pushing and twisting a ratchet in your other while kneeling in the wheel well. A word of advice to those with these screw-in style calipers: Don’t buy the magic cube. Spend the extra money and buy a real brake compressor kit. Not only will it cut down on the cursing but it also replaces the c-clamp for the front calipers.

The moral of the story here is obviously to not locate your toolbox four stories and an eighth of a mile away from your car. I figure I wasted at least 25-percent of my time with the running back and forth and getting re-situated after each trip. The distance doesn’t have to be that significant to have a seriously detrimental effect on work flow.

The next time you’re doing a job that involves both sides of the car or something underneath the car, pay attention to the time spent walking back and forth or crawling in and out from under it. I mean actually mentally record every extra step taken. It adds up. Disregarding snags, it’s not the actual wrenching that takes the time. It’s why manufacturing companies examine the multitudinous small movements that assembly line workers make.

1) Work on your car as close to your tool stash, box, or pile as feasible
2) Grab the tools you need before you shimmy under the car
3) When doing something at different corners of the car, take a moment to move all the tools to the next relevant corner, rather than just grabbing stuff piecemeal from the previous corner
4) If you must be far away from the tool depot, figure out what you need first and take it all with you. And if you’re not sure if it’s a 17mm or an 18mm, take them both and worry about cleaning up the extra mess later

Bottom line: It’s easy to forget a tool but hard to forget the car. And definitely keep a good friend with a Porsche around in case you accidentally left your special brake tool 15 minutes away at the auto parts store.

+ How Not To Work On Your Car: When You Are Tired