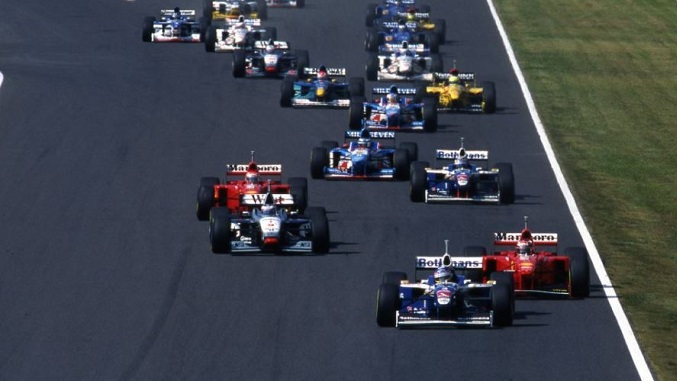 The Race has announced a new, 10-episode podcast series, Bring Back V10s. Covering a big chunk of recent F1 history from 1989 until 2005, this is sure to be awesome and very informative. Check out the description straight from the source:

“The Race has launched a new podcast focused on a classic era of Formula 1, called Bring Back V10s.

Our new show, which is available to subscribe to now on major podcast platforms, will revisit what we are calling the V10 era of F1, from the banning of turbos for the 1989 season, to the end of 2005 when V10s were replaced by V8 engines for the following season.

In each episode we’ll focus on a key storyline, race or personality from 1989-2005 in great depth, going back over coverage from the time, plus picking up on extra details we’ve learned about those tales in the years since.

Our first series will run for 10 weekly episodes, and the finale will be led by F1 fans. Get in touch with @wearetherace on social media, or email [email protected] with your questions, comments and observations on this classic era, and we’ll discuss as many as we can in episode 10.

Before episode one launches on Thursday, you can check out a short teaser, which is available in our feed now.”

Check it out here, and look for it in your favorite pod catcher!

How Do NASCAR Teams Figure Out Tire Changes Before And During Races?