CarTronics: How Far Away Are Automated Cars?

Features, Infotainment I By Tom Martin I February 18, 2011 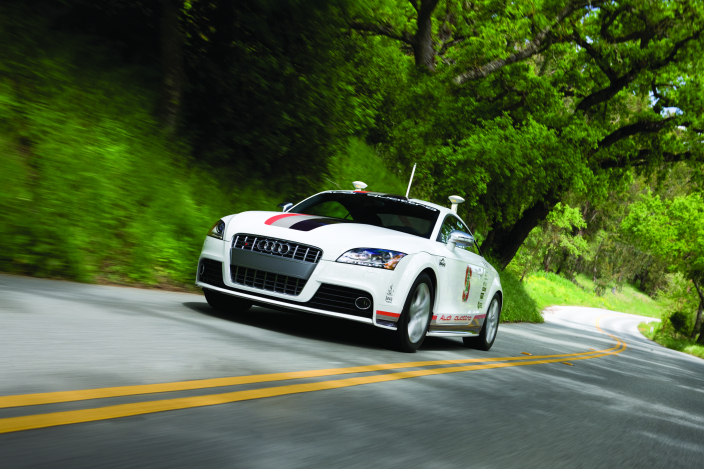 Editor’s Note: A slightly more detailed version of this CarTronics article was originally written for our friends over at Forefront Austin, please click through if you’d like to read the original.

For many years, transportation by-products—congestion, pollution, the costs of roads and transportation infrastructure—have been the focus of transportation policy. But as technology advances to address those by-products, it is also bumping up against debates over suburban sprawl and the development of urban cores. With Florida governor Rick Scott turning down Federal funds for high-speed rail (following similar decisions in Wisconsin and Ohio), it is worth considering an alternative to the assumption that rail is the solution to congestion and inter-urban transit issues. "What alternative?" you say, to which we respond: the car, of course.

The emergence of a viable electric car and the imminent production of completely driverless cars are going to give us new choices in how we want to move and live. For a country that is better at picking out breakfast cereal than making hard choices about our futures, these advances are going to challenge the way we value and set expectations for our communities.

It’s been an impressive decade or two of technological advances for personal cars. Specific advances may indicate that self-driven cars aren’t quite so far away as we might have thought—some examples:

Location Awareness. GPS tells us where the roads are, where we are, and where our destination is. We even have an array of voices that can tell us that we’ve made a wrong turn. Someday they may even be able to tell us if we’ve forgotten to button our pants or have a piece of spinach in our teeth.

Sensory Knowledge. Proximity sensors and rear and 360-degree cameras allow us to know where things are in relation to our vehicle even when they’re not directly visible from the driver’s seat. Car makers are using components such as Blind Spot Information Systems (BLIS) that recognize lines and vehicles, velocity and distance software, brake override, antilock braking, traction control, and stability control to allow vehicles to make complex assessments and adjustments based on your immediate surroundings.

Individually, these are great bells and whistles, but independently, they are not particularly transformational—yet. In time, microprocessors and software will be able to connect the different sensors, electronics, and maps to create fully automated personal vehicles.

It’s not just science fiction. Automated cars are already being developed, and for many good reasons.

Automated vehicles won’t do all those human-induced driving behaviors that slow traffic flow, such as gawk at accidents or cut you off. Car-to-car distances can be reduced dramatically and safely. Driverless electric cars give us the ability to use cars in high-density settings without negative consequences such as pollution and traffic. Plus, spending 40 minutes commuting in a vehicle you don’t have to drive is different from spending 40 minutes behind the wheel. You can write an e-mail, read, or work—you haven’t lost that time. By using automated logic to control each car in combination with car-to-car communication of traffic information, we will be able to manage of traffic flow in a way humans can’t do on their own.

Imagine sitting in a Toyota Corolla behind a Suburban: you can’t see that traffic is slowing down a little about 20 cars ahead of you. You see the Suburban brake—perhaps to gawk at a fender-bender—and you brake harder than you need to because you can’t see the cause. That creates an accordion effect in your lane, with gaps closing and expanding between cars. Another driver might not react in time, which could cause another accident. All the while, your stress over missing another family meal or meeting mounts, and makes you spew your personal hot air out into the congestion and pollution on the interstate.

In this situation, car-to-car communications will alert your Corolla and other nearby cars to reduce speed from 60 mph down to, say, 52 mph. That optimized flow control should allow traffic to move much faster on average. And the fully automated Suburban, which may have slowed to avoid the accident, won’t slow down unnecessarily or swerve into another lane to get ahead of other cars. In your free time in the car, you can safely text the office that you’ll be two to three minutes late (instead of 40) and finish up the memo you need to present at your next meeting.

For many years, public planners have argued that because global warming and energy dependence are major long-term issues, communities must shift away from a car-based, personal transportation model. Planners cite clogged roadways, pollution, and high-cost infrastructure maintenance as reasons to promote higher-density communities and minimize suburban sprawl.

Electricity-powered driverless vehicles could enable us to drive 50 miles a day while consuming relatively few resources, which undercuts the argument that the optimal urban pattern is the one that eliminates the car. These vehicles support lower density because they enable us to travel long distances more efficiently. But they may also enable higher density because one reason people settle in the suburbs is to avoid urban traffic snarls. These cars will enable us to go farther and faster safely and in a more enjoyable fashion—having teleconferences and reading the paper instead of driving.

That development will force communities to explore how to structure their roads according to how they value community interactions and connections, and will allow people to choose where to live on the same basis.

By removing the external forces of pollution and congestion, transportation advances will lay bare very core questions that will prove much more challenging to answer. Technology is going to prove to be the easy part—the tough part will be what we do with that technology.

Of course, we have to ask where the driver is in all this? Will driverless cars destroy the fun of driving? We’ll take that perplexing issue up in another installment of CarTronics.