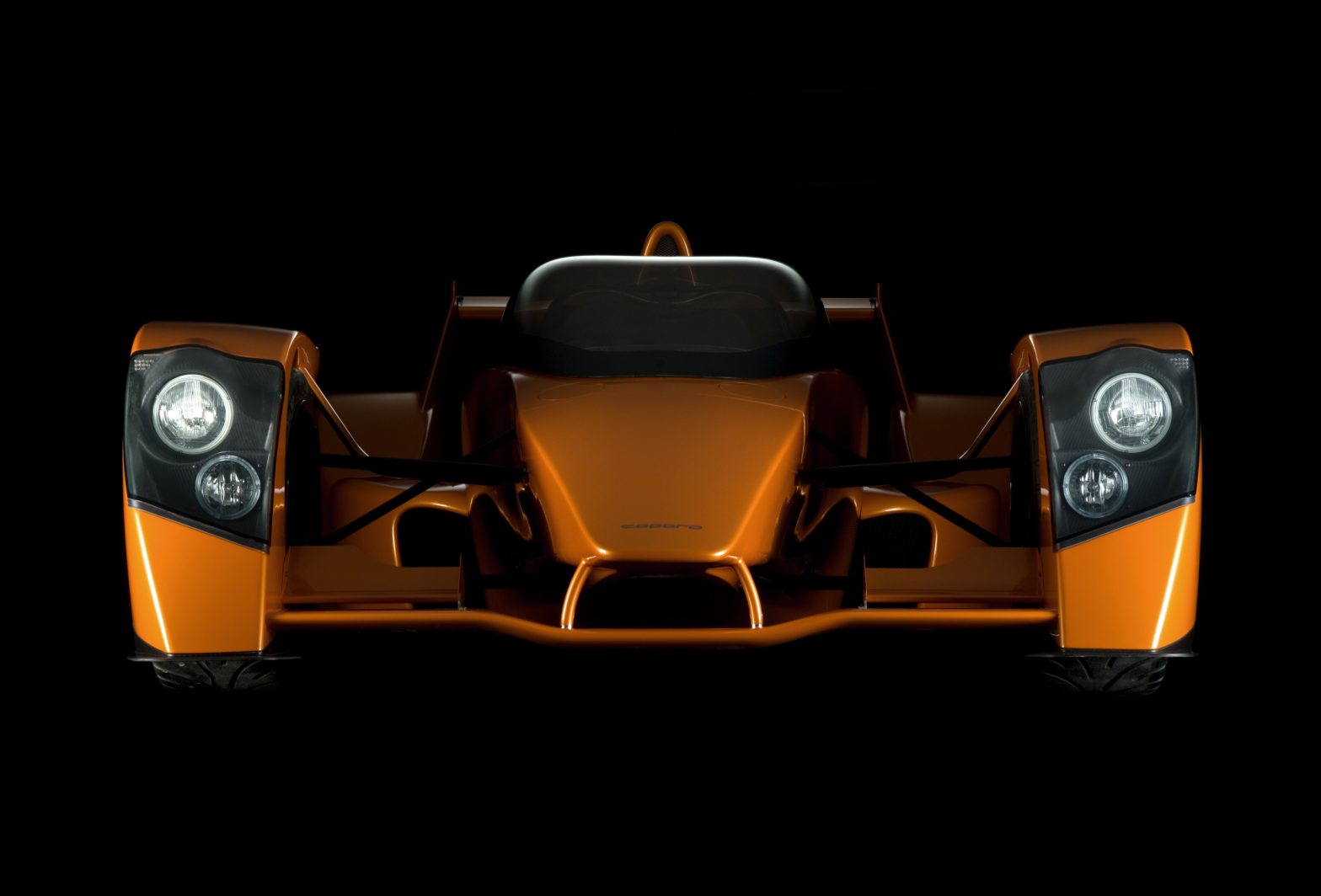 The automotive equivalent of a scream, pictured here menacingly piercing the surrounding darkness, is the Caparo T1.
This British badass is a master of downforce (most of which comes from airflow under the car), and is capable of 3-g cornering. Combine that with enormous power-to-weight ratio that comes with a 575-horsepower V-8 in a 1036-pound car, and you’ve got something both scary and special.
The Caparo T1 has a top speed of 200 miles per hour, can do 0-60 in 2.5 seconds, with sprints to 100 mph done in a mere 5.0 seconds or less.

Despite its small size, the T1 is a lot to behold.

We’ll trade rear visibility for this view of the rear.