Blog: Checking In On The Circuit Of The Americas 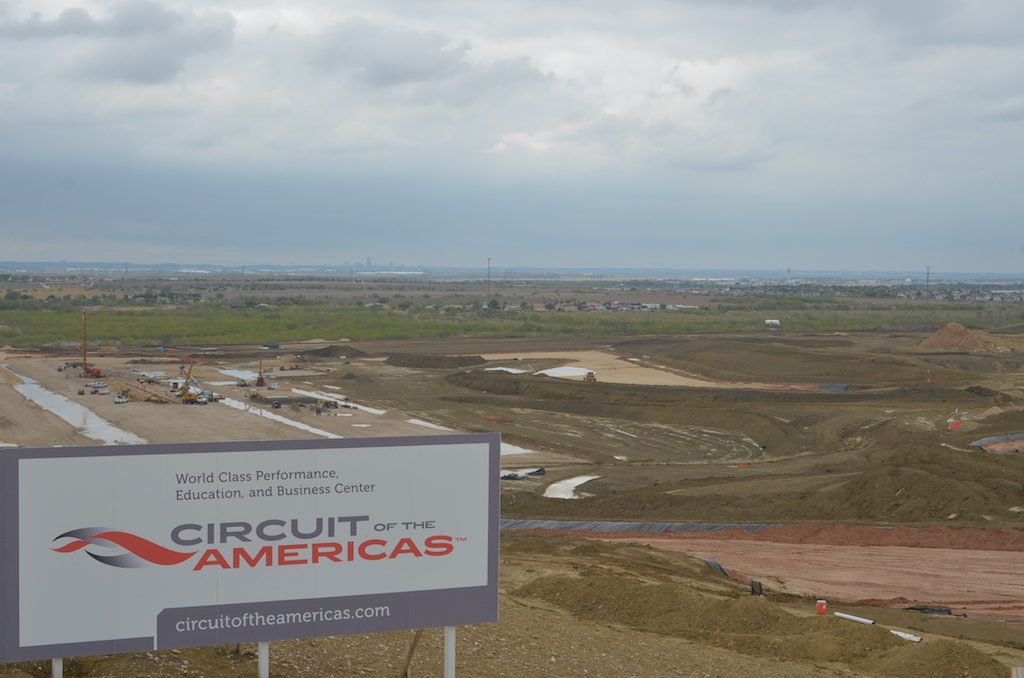 While we were attending the launch event for the Kia Rio5 in Austin, Texas the kind people from Kia arranged a visit to the site of the Circuit Of The Americas, home to the US Grand Prix Formula 1 race in 2012 and Moto GP in 2013. It was our first chance to get a close-up look at the topography with the track area clearly demarked.
Our impressions were mostly favorable, though we confess to being serious Kool-Aid drinkers when it comes to F1. The first thing we noticed, which is visible if you look carefully at our snapshots, is that the elevation change going into and out of turn 1 is pretty substantial. 133 feet doesn’t sound like much, but take a look at the shot with the Silverado in the construction foreground. Way to the back you will see a small viewing stand, which is basically where seating will be for turn 1. That area is quite a bit higher than where we shot the photo, which is essentially at main-straight level. Not that elevation change is everything, but this should make for an interesting first turn and for a good passing spot.
We took the rest of our shots from that viewing stand. You will notice that the exit to turn 1 is a downhill left-hander (the track runs counter-clockwise) that has some of the feel of the corkscrew at Laguna Seca. The drop-off isn’t as quick, but it looks pretty exciting anyway. In addition, it looks like there will be several areas where you can get a view of large parts of the track (another reason that elevation changes are good).
What you may not be able to see is that the track is big (3.4 miles). The back straight looks pretty long and comes into a very tight corner, and the front straight of course leads to the aforementioned turn 1. Whether or not the other twisty bits will prove interesting awaits November 18 of next year. Here’s hoping that it all works out, but right now we’d say the land and the layout look promising.
Tags:
Formula 1Kiathe US Grand Prix